Made of brass, single or double layer, our mini power packs can be used to connect several gas bottles. 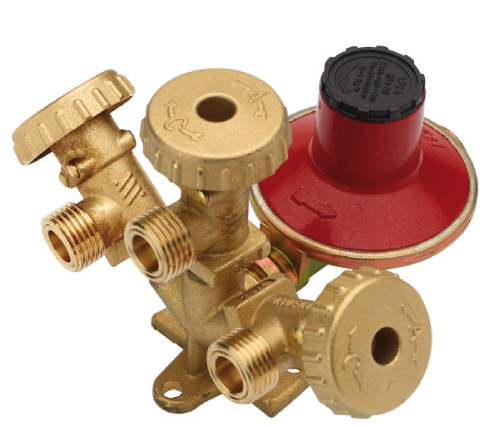 As said before, mini power packs are compact devices for connecting several bottles to the same system. This is useful for installations where space optimisation is an unavoidable necessity, for example in camper vans, caravans, boats, but also for fixed or temporary installations such as open-air events.
The UNI 7131 Reference Standard requires that mini power packs be equipped with one-way valves, in order to use several bottles together in total safety. In fact, it should not be possible to transfer the liquid gas from one bottle to another, with the fluid only being directed towards the centralised system.
This one-way system also protects from possible forgetfulness during the replacement phase; if the interception taps are not closed, for example, the mini power pack would cause an uncontrolled gas leak, with the danger of fire and explosion.
In addition to the care taken when producing our mini power packs, which guarantees safety, GNALI BOCIA also uses top quality materials that are controlled right from when they are produced. Contact us for more information.